Lis and Jørgen Gejlager began producing Nordmann fir Christmas trees on a small farm near Jels in Jutland in 1967. Today, the company is run by Jørgen and his two sons, Mikkel and Rasmus Gejlager, and produces Christmas trees and greenery on 1700 hectares in Denmark and Scotland.

The company planted its first Nordmann fir trees on the Black Isle near Inverness in 1988. This area is ideal for Christmas tree production with little risk of frost and optimum rainfall. Drynie Woodlands is managed by Kjeld Kristensen, who has lived on the farm with his wife and four children since 2001.

Drynie Woodlands have the following certificates: 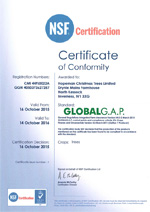 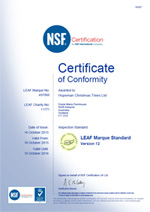 Products in Denmark and Scotland